Hop on
Please board at any stop you like. Please present your ticket to the crew as you board. You can choose any seat you like.
* You may not be able to board if the bus is full.

Hop off
You can get off at any stop you like. Enjoy each location and the surrounding areas.

6 hour ticket
8 hour ticket
*1 Tickets are valid for each hour from the first boarding time. Tickets can be used for any trip while they are valid.
*2 Children under the age of six ride for free when sitting on the lap of their parent or guardian. If an additional seat is required, a child fare will be charged. 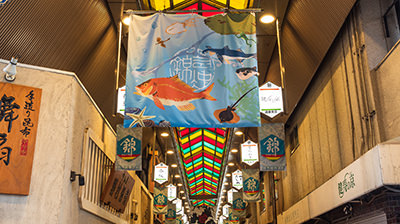 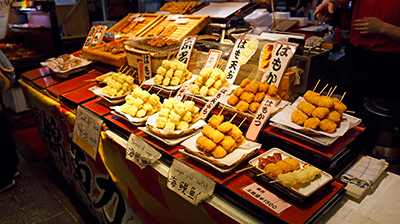 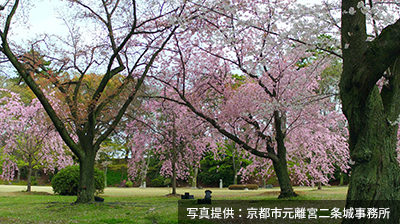 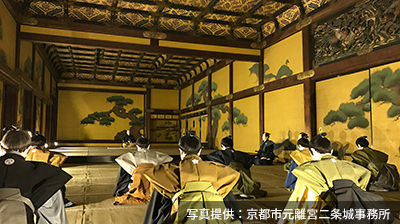 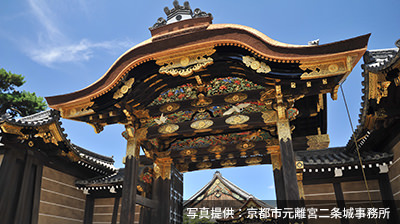 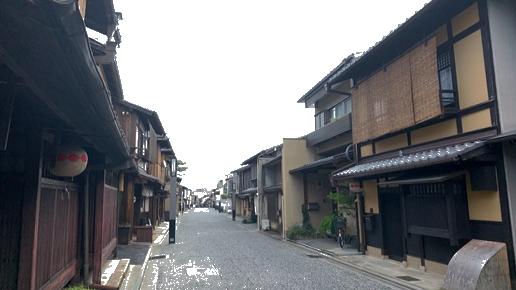 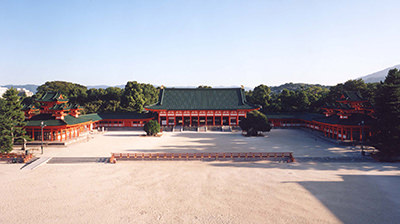 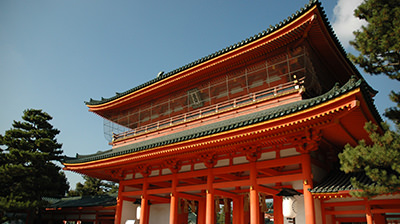 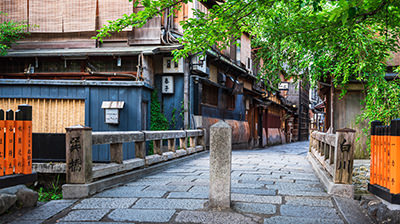 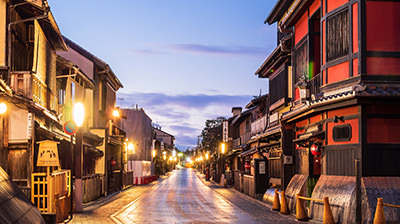 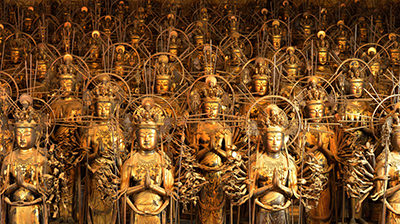 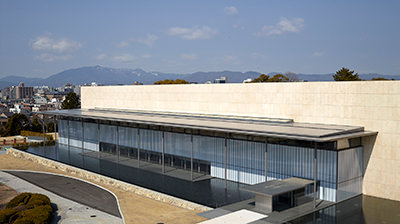 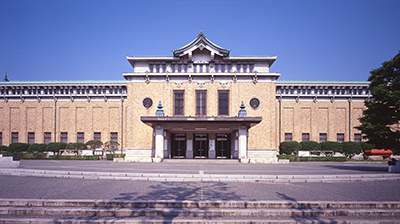 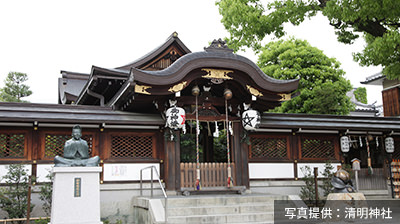 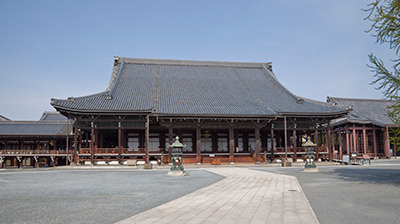 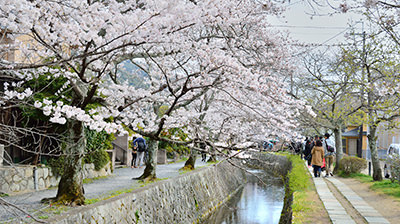 Kyoto Station was designed by the architect Hiroshi Hara based on the idea of Kyoto being a gateway to history. The building incorporates a grid-like design resembling a go board, which is characteristic of Heian-era Kyoto, and features gate-like structures at the Karasuma Exit and Hachijo Exit.

The pedestrian walkway between the Karasuma Exit and the Hachijo Exit includes an expansive sightseeing information office for easy usability for domestic and overseas travelers alike.

The Karasuma Exit’s impressive design in particular gives a feeling of the beginning of a sightseeing adventure in Kyoto. The Hachijo Exit includes numerous coin-operated lockers as well as shops offering Kyoto-specific souvenirs and dining, making it an ideal place to pass the time while waiting for a train.

The area between Shijo-Karasuma and the Gion district is the busiest in all of Kyoto. This area includes the famous Nishiki Market, which has served as Kyoto’s central food market for more than 400 years. At about 390 m long, the market includes 126 shops along a road that varies between 3.3 and 5 m wide. A wide variety of Kyoto tastes—including popular chocolate croquettes, dashi broth-flavored rolled egg, and dagger-tooth pike conger—are popular treats for visitors to enjoy.

Located next to Nijo-jo Castle is the To-ji Shingon Buddhist temple of Shinsen-en, regarded as one of the only remaining ruins of the time of Heian-era Kyoto’s construction. This temple is home to one of the oldest gardens in Kyoto, which has been recognized as having the oldest record of cherry-blossom viewing. Within the temple grounds, visitors can also find the unique shrine of Eho-sha, which is moved on New Year’s Eve toward the eho (lucky direction) for the coming year, making it easy for visitors to pray while facing the most auspicious direction.

This bus stop is located just 3 minutes on foot from JR Nijo Station. Taking the Sagano Line from JR Nijo Station to Saga-Arashiyama Station will bring visitors face to face with Torokko Saga Station. This station offers tickets not only for the sightseeing trolley cars departing along the Sagano Scenic Line but also for the Hozugawa River Boat Ride between Kameoka and Saga Arashiyama. While waiting for the train, passengers can enjoy the station’s diorama of Kyoto’s railway system as well as steam locomotives on display.

For those heading to Arashiyama, the Randen tram Kitano-Hakubaicho Station is located just 10 minutes on foot from the bus stop. The Randen tramway offers convenient access not only to Arashiyama but also to the UNESCO World Heritage Sites of Ryoan-ji Temple and Ninna-ji Temple as well as Myoshin-ji Temple (Japan’s largest Zen temple) and Toei Kyoto Studio Park.

The sight of Kinkaku-ji Temple’s gleaming golden walls reflected on the surface of the nearby “Mirror Pond” makes for a brochure-worthy picture.

Rikushu-no-Matsu Pine Tree located within the temple grounds resembles a sailing ship and is over 600 years old.

The temple also features the Sekka-tei tea room at the base of the nearby mountain. The view of the temple from here is also highly recommended as the sun begins to set.

Meanwhile, just outside of the temple gate is the Kinkaku Soft Ice Cream store, where visitors can enjoy a gorgeous soft-served ice cream adorned with edible gold leaf for just 950 yen.

The Daitoku-ji Temple precinct is home to many subtemples. One such temple is Daisen-in, known for its rock garden. Zuiho-in, another of Daitoku-ji’s subtemples, was founded by a Christian feudal lord. The moss-covered gardens of Ryogen-in Temple are also popular. Although numerous other subtemples can be found within Daitoku-ji Temple grounds, many are not open to the public.

The temple is also well-known as where the Zen master Ikkyu—who is also depicted in the popular Ikkyu-san anime—served as abbot. This eccentric monk is famous throughout Japan for his witty stories. Daitokuji natto is a unique style of natto (fermented soybeans) that is said to be the creation of Ikkyu himself.

This salty, dry take on the classic dish is noted for its lack of strings most commonly associated with natto.

To get to Imamiya-jinja Shrine from the temple, simply follow the road to the left facing the main hall. This road is notable for its stone pavement.

Hamac de Paradis’ Kanbaikan is a public cafeteria for the private Doshisha University. This cafe restaurant is surprisingly stylish and does not resemble what most would consider a “school cafeteria.”

Located nearby is Goou-jinja Shrine, which worships Wake no Kiyomaro, believed to be the guardian god of feet. The torii gate entrance to the temple is guarded not by dogs but by boars.

Also located near the Imperial Palace is Reizeike House, the only court noble residence still existing in Japan. This residence is open only twice a year during the spring and autumn.

Heian-jingu Shrine, the ROHM Theatre Kyoto, the Kyoto City KYOCERA Museum of Art, the National Museum of Modern Art, and the Kyoto City Zoo are also all within walking distance of this bus stop. The impressive Toni Toni building—home of Kyoto’s Festival of the Ages—opened just in front of the bus stop in December 2017. The facility offers visitors the chance to enjoy a festive atmosphere of the Festival of the Ages—one of Kyoto’s three major festivals—throughout the year. The establishment also includes unique Kyoto souvenirs, foods, and sweets.

Meanwhile, Heian-jingu Shrine’s great red torii gate straddling the road leading to the shrine is a remarkable sight, especially from underneath.

The road from Yasaka-Shrine to Maruyama park / from Nene’s path to Kiyomizu temple via Ninenzaka and Sannenzaka is called Higashiyama walking path. There are many shops for shopping and cafes. It is registered as important preservation district of historic buildings and you can enjoy Kyoto specific scenery so we recommend to bring someone!

Near Kiyomizu-dera Temple, the road is lined on both sides with various shops offering not only souvenirs but also various foods to enjoy while heading to the temple. At Yasaka Hokan-ji Temple, visitors can climb to the second floor of the five-storied pagoda, while Yasaka-dori Street offers an ideal spot for taking photos of the pagoda. Meanwhile, Rokudochinno-ji Temple is home to a well that is considered an entrance to the underworld—a must-see sight!

In addition to the regular exhibitions at the Kyoto National Museum, you might see big treasure at the special exhibition! In the Chishaku-in Temple, fusuma drawings by Tohaku Hasegawa during the Momoyama period (an examplary painter around 1600) are displayed. Don't miss the longest wooden structure in Japan at Sanjusangen-do Temple!

Back to top page